Girls Education in India - The Challenge and our Solution

One of our biggest problems in our schools is keeping a balance of boys and girls at induction. Our school at Guria is an exception: although still rural it has a large population, strung along the main highway between Delhi and Varanasi. Families in this area are more exposed to professional working women and see the benefits of education for income generation and development of the family for their daughters in future years.

However this isn't the case in some of our more rural hinterland schools. The rural isolation, conservative communities and widespread illiteracy result in a below standard applicant, especially with girls, who seem to be much further behind than boys.

All children face an entrance interview where children are asked to read, identify numbers and letters and are asked some general knowledge questions. Many of the children have attended a state primary school prior to arriving at our schools, but many have had no education at all and we have to use a different assessment criteria.  These children are given simple non verbal reasoning tests and are asked questions that require an open curious mind and are judged on the native intelligence displayed when confronted by new challenges.

While we look to recruit from the upper bands, we try to stay loyal to our policies of recruiting from the poorest families and also an equal intake of girls and boys. However, while we are never short of boys to select from bands A and B, we often find there are no girls within the first category and few in the second. In order to have a balanced intake of boys and girls in class we have to take a majority of girls who do not appear to have the capacity to take on an accelerated primary curriculum. Unfortunately despite our attempts to offer remedial teaching and help, the girls' lack of confidence and slowness to grasp Hindi and Math leave them falling behind the rest of the class.

We looked closely for the reasons for such a wide gulf in the quality of applicants to our schools because, after all, the girls were coming from the same villages as the boys, and we found there was a marked difference in the upbringing of little boys and girls in the traditional rural village. If there is an errand to be run, a boy is more likely to be chosen. Male infants accompany their fathers to market and are shown off, their skills praised, questions asked and answered. They see a wider slice of life, are encouraged to be curious and adventurous. Girls are kept mostly at home, engaged in domestic tasks and childcare. Their mothers, aunts and grandmothers often have no experience of life outside the village and are unable to answer questions about the world and it seems possible that many little girls don't receive anything like the same stimulation and encouragement as their brothers. This was evident at enrolment days, where boys would be accompanied by fathers, uncles and yet the girls would often come alone or a group would have one female chaperone. Boys would be smartly turned out and the girls were in contrast often unwashed.

We decided it wasn't possible for us to change the culture of village life, but what was possible was to give the girls a helping hand through provision of girls only pre school groups, which we decided to initiate in our school at Turkahan.

The first challenge we had was to find the appropriate teacher. We decided on a woman teacher to act as a mentor and role model for the girls. In Turkahan there weren't any suitably qualified teachers to select from, plus in India, outside of the main cities, there isn't the awareness of experiential learning through play, learning through creativity and the stimulation of a child's curiosity, rather than simply imparting knowledge. Initially the expectation of staff and parents was that the pre-schoolers would sit in rows and be drilled in the sort of rote learning that they frequently encounter further on in their education, so we decided to train the person to deliver the kind of education we felt was needed.

To achieve this we used the  help of a volunteer; an experienced infant school teacher from the UK who helped the principal of the school in training Manju, the selected teacher. It wasn't without teething problems though and Manju often reverted to blackboard, whole class, teaching from her own childhood. Nonetheless, there was great advancement in the girls development which was reassuring to all, including the staff who were growing in confidence.

The girls had little experience of play; the 'toys' they brought to school in their new school bags were pebbles, plastic bags and rubbish. They were extremely shy of visitors to the classroom, even to the point of being scared of new people. However, within a remarkably short time the girls' behaviour and attitude began to improve and they are now much more confident and outgoing and enjoy chatting to visitors to their class. We started the class with 23 girls, but very sadly lost one of them, little Nanhaki, to snake bite in July. 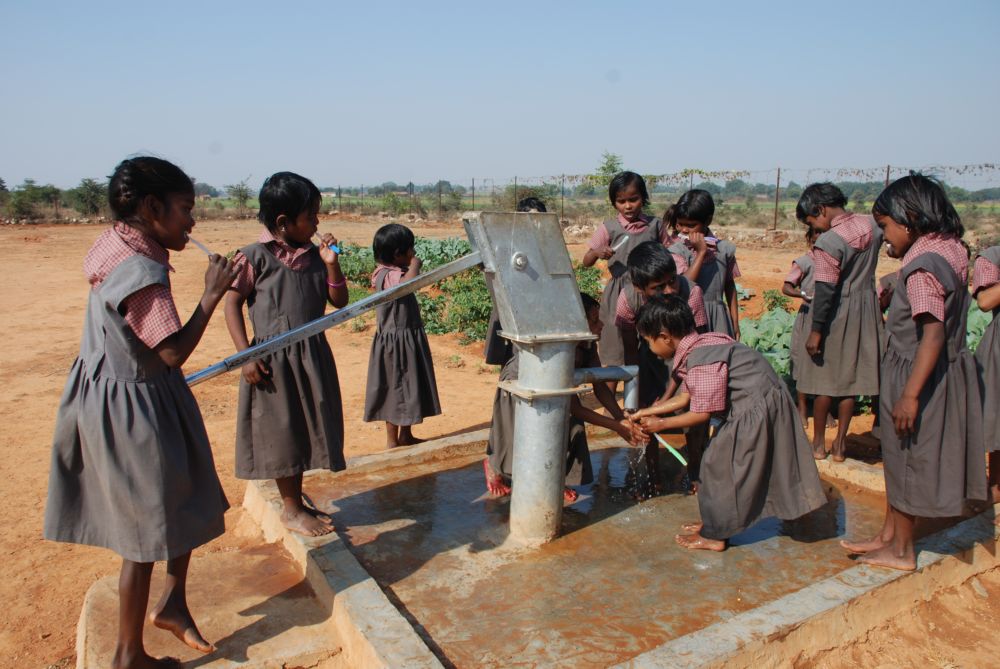 When we assessed their progress at the end of the first year we found that many of this group of girls were ready to enter class 1 of the primary school, able to learn with their peers and with the confidence, curiosity and thirst for learning that would enable them not only to keep up with the boys but to excel


Those not yet old enough for primary education went on to complete a second year of pre-school, joined by the new intake of pre-school girls in March. We now take 12 or 13 girls into the pre-school each March for a pre-school programme which lasts 2 years.