Our main challenge when starting the girls' pre-school class at Turkahan school earlier this year was to find a teacher. We particularly wanted a woman teacher; as our goal is to boost the confidence and self-esteem of these small girls we felt that they must have a suitable mentor and role model. In a rural village like Turkahan there are very, very few suitably qualified women who wish to work outside the home so we were prepared to take someone who showed potential and to train them ourselves. Manju Devi has, on paper, a BA degree, however it is probable that it was received from a local college and might equate only to A levels in the UK. A married woman with small children at home, she had never worked before and had no teaching experience, however she seemed very eager to learn and we felt that she could become an excellent pre-school teacher.

Another challenge which we were prepared for is that there is little awareness in India, outside the main cities, of the value of experiential learning, learning through play, learning through creativity and the importance of stimulating a child's curiosity rather than simply imparting knowledge. Initially the expectation of staff and parents was that the pre-schoolers would sit in rows and be drilled in the sort of rote learning that they frequently encounter further on in their education. Fortunately we had a very experienced infant teacher from the UK working voluntarily in the schools for a month, and she was able to give some initial advice to the Principal of Project Mala schools, so that he could start to train Manju to run the pre-school using interactive methods, group work, play and creative activities as far as possible. It was a big leap for all the teachers involved and there were teething problems at first. When I visited in September I could see that, although enormous progress had been made, and although Manju had developed a good relationship with the girls and had a nice manner with them in the classroom, she was tending to fall back on the sort of teaching methods she must herself have experienced in her childhood; too much whole class teaching and not enough opportunities for each child to be involved in the learning process. But some excellent work was being done and the girls were already benefiting from the group.

When the pre-school group opened, the children did not know what might be expected of them. They had no experience of being in such a group, and often quarrelled or abused each other. Manju was not certain about how to manage the group without reverting to the chalk and blackboard methods of her childhood. The girls had little experience of play; the 'toys' they brought to school in their new school bags were pebbles, plastic bags and rubbish. They were extremely shy of visitors to the classroom, even to the point of being scared of new people. However, within a remarkably short time the girls' behaviour and attitude began to improve and they are now much more confident and outgoing and enjoy chatting to visitors to their class. We started the class with 23 girls, but very sadly lost one of them, little Nanhaki, to snake bite in July. 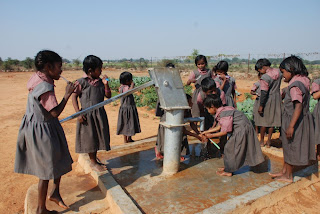 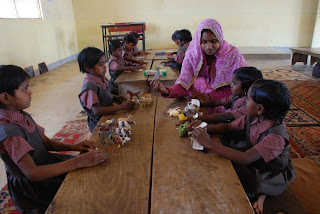 We try to base most of their learning around play and the girls are divided into groups of four or five for most activities. 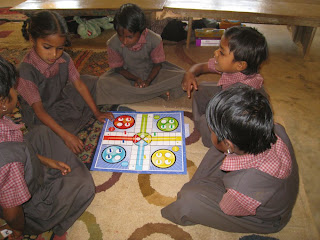 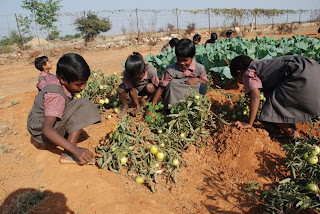 They take part in games and physical activity, as well as creative activities. They learn about their world in as practical a way as possible, helping in the school vegetable garden, talking about the food they eat. 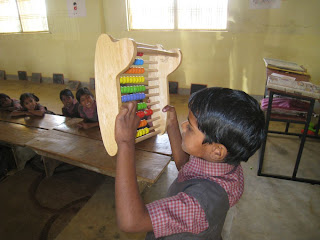 The girls are also learning simple maths and Hindi phonics. 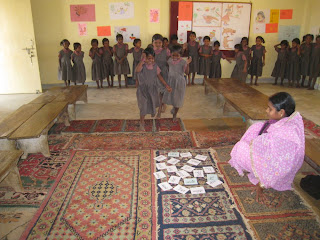 They can recognise and work in numbers up to 10 and recognise their names written in Hindi. 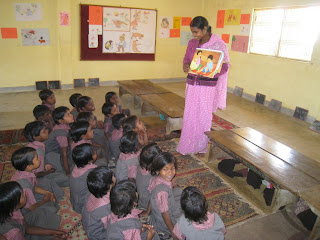 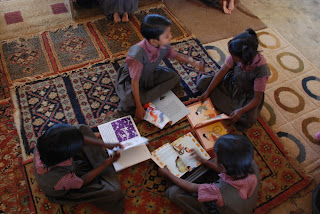 They are finding out about books, and enjoy stories.


I hope that when we assess their progress at the end of this first year we will find that many of this group of girls can enter class 1 of the primary school ready to learn with their peers and with the confidence, curiosity and thirst for learning that will enable them not only to keep up with the boys, but to excel.
Those who are not yet old enough for primary education should be able to complete another year of pre-school, and will be joined by the new intake of pre-school girls in March.


Watch this space for news of our pre-schoolers as they progress.
Posted by Project Mala at 05:23